In March, Penguin Books released “The Future of the Catholic Church with Pope Francis” by Garry Wills. The publisher’s description follows:

Pope Francis, the first Jesuit pope and the first from the Americas, offers a 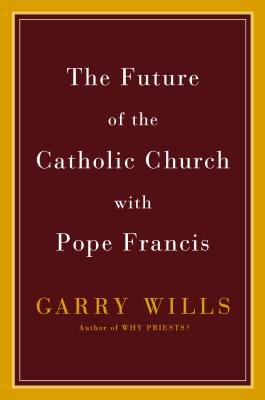 challenge to his church. Can he bring about significant change? Should he?

Garry Wills, the Pulitzer Prize-winning historian, argues provocatively that, in fact, the history of the church throughout is a history of change. In this brilliant and incisive study, Wills describes the deep and serious changes that have taken place in the church or are in the process of occurring. These include the change from Latin, the growth and withering of the ecclesiastical monarchy, the abandonment of biblical literalism, the assertion and nonassertion of infallibility, and the erosion of church patriarchy. In such developments we see the living church adapting itself to the new historical circumstances.

As Wills contends, it is only by examining the history of the church that we can understand Pope Francis’s and the church’s challenges.